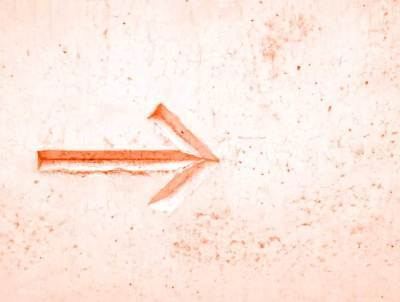 This article (original location)  is reposted by permission of OnlyInfluencers and Jeanne Jenning, because we though it would be interesting to readers. There are two short added comments from Pete.

The 3Q 2015 Email Trends and Benchmark Report was released by Epsilon earlier this month. If you haven’t seen it, it’s worth taking a look at – reading it 3 things struck me.

Epsilon suggests this decline is due to more people reading email on mobile devices; their reasoning is that we read on mobile but we don’t click. I don’t completely disagree (although I would say I click more now than I did a year or two ago), but I think there’s more to it than that.

Epsilon started reporting on triggered email benchmarks in 1Q 2010; this average click-through rate has gone up and down in the nearly 6 years since it was introduced. The ranges are telling:

If mobile was the sole cause of the decline in click-through rates, shouldn’t we have seen the same trend in triggered email messages?

In addition to mobile, I think that people are getting a higher volume of email messages and are pickier about what they click on. Triggered messages are usually more relevant than ‘business-as-usual’ messages since they are sent as a result of an action by the recipient. This relevance is why click-through rates here haven’t suffered as they have with business-as-usual email messages.

Comment from Pete: The decline is arguably a good thing. It's generally agreed that brands were sending too few marketing emails in 2010 (under-marketing), but doing this less in 2015. This recent increased volume of marketing emails by brands was absolutely the right thing to do - it has reduced click rates somewhat, but there are more emails and so the total clicks has increased. The fact that triggered message click rates haven't declined much, shows that these emails remain under-used, and they represent a missed opportunity.

As I alluded to above, triggered email marketing benchmarks continue to tower over business-as-usual benchmarks.

More and more companies are increasing their triggered email marketing programs to see these results – but once again it’s about more than the trigger. It goes back to relevance, as well as strategy, content, creative and, for triggered messages, timing.

The click-through benchmark here actually fell quarter-over-quarter throughout 2014; it rallied for the report before this one, 2Q 2015, and remained strong for this report. It’s a bright spot, especially when compared to the business-as-usual click-through trend. Smart companies are looking to increase their triggered email programs; this is where the low hanging fruit is in 2016.

3. Marketing Messages are Making Up More and More of the Email Mix

This really surprised me. Email is a pipeline that can carry many different types of messages. Most of the email work I do for my clients involves editorial (AKA non-promotional) content as well as promotional messages. But the overwhelming majority of messages sent since the beginning of 2014 have been marketing-oriented.

Marketing messages have steadily increased their share of all messages sent, from 53% in Q1 2014 to 83% in the most recent report (Q3 2015). Here’s the full list – in the chart above I excluded any message type that didn’t generate at least 5% of volume in a single quarter:

Comment from Pete: The increased proportion of marketing emails is more evidence that brands are no longer under-marketing where conventional email is concerned. But the fall in the proportion of triggered messages (service emails) shows that these have not been "ramped up" in the same way. Triggered messages are being chronically under-used today, despite having great ROI.

TheSkimm, Lena Dunham’s Lenny Letter and other email newsletters have brought new life, much press and venture capital dollars to the email newsletter format. So it was surprising to me to see them make up just 1.1% of all messages sent.

This is likely due to the opt-in nature of acquisition for newsletters, as opposed to marketing emails which are often sent without advanced permission.

But it’s rare that adding a high quality email newsletter into your email mix won’t help boost your engagement and bottom-line performance. Email newsletters are one of the top content marketing vehicles. I am still shocked that only 1 of every 100 emails sent is an email newsletter; they are so much more engaging than traditional promotional emails.