Black Friday Frenzy Leads To the Question - Should We Be Prepared To Queue Online? 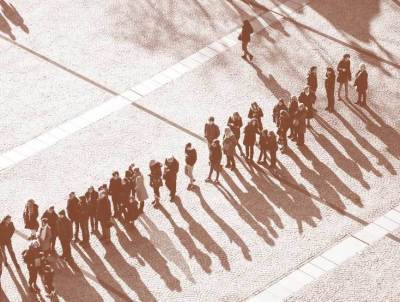 Very early on Friday morning before braving the rush hour traffic I decided to take a sneak peak at the Black Friday deals. First port of call was Currys to check out some gadgets.

But instead of the home page I was greeted with advice that due to website traffic demands I had been placed in a queue and the wait was over one hour.

Tesco and a number of other retailers had a similar approach.

Meanwhile, on television there were reports showing frenzied crowds hitting the stores, desperate to get a bargain, as doors opened an hour earlier than usual. This isn’t unusual and it is often a result of organizations underestimating demand. So, when there is a big video game launch or tickets for a big concert or festival go on sale we all end up experiencing the same thing and everyone hates it.

However, thinking as an e-marketing professional I do also wonder what impact this has on consumer behavior. I recall a presentation many years ago talking about the holiday deals offered on the likes of Ceefax or Teletext.  It was suggested that if you keep people waiting on hold for a long time it would increase their propensity to buy.

I must say that I think there is an element of truth in this, as whilst I waited to get online, yes I was frustrated, but I was also intrigued: What was getting everyone so excited? Where the deals really that good? If I bow out now will I live to regret it? Also, when I did eventually get on to the site I was far more inclined to purchase the items I placed in my basket, partly because I didn’t want to miss out on the deal, but also because I couldn’t face queuing again.

Queuing is also used as a deliberate strategy in theme parks for several reasons, such as: social proof - if there's a big queue, the ride "must be good"; and to generate qualified leads - the people most willing to queue are those who really like a type of ride, so overall satisfaction is better.

So, in some respects creating a sense of scarcity (whether it is done intentionally or not) does seem to have an impact, although the proof will be in the sales figures that will be published. However, under-estimating traffic and creating queues also tends to irritate customers and get them looking elsewhere. Sure, if I queue and get a bargain, the chances are I will be a happy customer, but if the discounts fail to meet my expectations I will undoubtedly be disappointed and reluctant to return in a hurry.

Also, how many times have you been in a supermarket with your partner and the queue is huge at the checkouts, and you decide to take a queue each and whichever moves faster that is the one you go for? I found myself doing exactly this but in the digital world, with three browser windows (two on my laptop and one on the tablet) running at the same time but for different stores.

In my view preparation is everything and just like Christmas, we all know that Black Friday comes around every year, so ensuring the website is able to cope with increased demand is vital. However, you can also create a sense of anticipation using relatively simple yet highly effective techniques such as count-down timers both online and in the email messages that are sent. Used in an email a countdown timer displays the time left until the launch of the sales at the point at which the recipient opens the message, and adjusts accordingly for every subsequent open.

Yes, people are arguably more motivated to buy there and then on a day such as Black Friday, but there will inevitably be those who, for one reason or another, are unable to complete the transaction. If you still have stock available then a timely email that makes it easy for them to make the purchase will have a big impact. Similarly, if browsers are searching for products that become out-of-stock and are subsequently replenished, a message to those who expressed an interest, or even those who just looked at the products, telling them that the products are now available is a great way to boost sales.

As Brits are renowned for our ability to queue but relying on the patience of the consumer is not a great long-term strategy for engaging customers and creating loyalty. If you keep potential customers waiting, you are playing with fire. Use these tactics sparingly and with great care.

Want to find out more?