How Leading Startups Got Their First Users 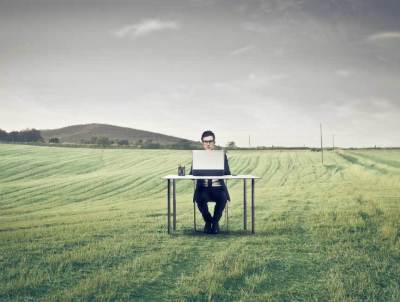 The biggest lie in startups is: 'Build a better mousetrap, and the world will beat a path to your door'.

Once you’ve got going, this works fine. If you have a great product, your existing customers are often your best salespeople, so it’s not hard to get new sales. But when you have few customers and few sales, and not much capital, how do you get started? Of course, sell to family and friends, but that’s a slow road.

How did the leading startups get their break?

Airbnb used a competitor platform as a jumping-off point. They solved the problem of populating the site by contacting people already renting property on Craigslist. They used a semi-anonymous g-mail account and recommending that property owners listed on airbnb too.

Airbnb also help helped their homeowners let their rooms by providing free professional photos of their properties. This benefits everyone and makes the whole site much more attractive.

Dropbox were struggling to get users; only making $99 for every $300 they spent. Their service was more impressive when demonstrated than when read about, so they created a short video which efficiently showed Dropbox's capabilities. It included a lot of in-jokes and comments to appeal to Digg users, resulting in it being quickly voted to the top of Digg. Dropbox went from having 5000 users to 75000 nearly overnight.

Later they added a feature where if you invited people on Twitter and Facebook you got additional storage space – an offer that users really wanted. This lead to 2.8 million invitations being sent in the first 30 days.

Foursquare started off by using traditional style local apps, then went big on gamification – making checkin fun because you could complete to be mayor. They gave a platform for the owners of visited establishments to communicate with their customers that went further than existing apps. They also borrowed from Facebook by executing a city by city strategy which was successful due to word of mouth marketing whenever foursquare came to a new city.

A perfect example of a business that stayed very local; their first offer was contained to their office building and got them their first 500 sign ups. They focused on products of local businesses as they knew they couldn't compete with Amazon and other large businesses. They focused on social offers such as at cafés as these are things customers can invite people to, which increases sign ups.
Further to this, Andrew Mason didn't focus on developing a full platform for Groupon to start with but instead set up a Wordpress blog for his team to post offers on, to see if they had an idea worth pursuing before focusing on the business side.

Both of these sites had a chicken & egg problem; no users = no content and no content = no users. Therefore the founders of both spent months filling their sites with content. Quora founders asked and answered a lot of questions under their own profiles whilst Reddit created fake profiles to create content. Reddit have since admitted that it was months before they could stop creating their own content to fill their homepage.

Both kept their communities smaller to make themselves seem bigger;  Quora stuck to mostly to technology and Reddit didn't introduce any sub-reddits until much later.

Tinder started local with a dead simple idea. They redesigned and simplified the concept of online dating. Their double opt in also dealt with some problems of online dating as people are only connected when both parties were interested. They started locally, knowing that for their business plan 50 people in a smaller area was better than 5000 across a huge area. They also launched exclusive events for Tinder users at The University of Southern California.

Update in 2016: We did things the traditional way, contacting people that the founders knew, and offering very deep discounts in the first year. (We're profitable and cash-flow positive now.)

We also built up a small network of resellers. Sounds simple, but this is surprisingly difficult to make work, because everyone says they will resell your stuff but that doesn't mean that will put any effort into it. Some companies do a great job, but others don't even mention you unless prospects specifically ask for the service that you provide. One secret is to ask resellers to invest something up front, e.g. paying for training, so they have skin in the game.

By looking at where leading start-ups found their success, you can apply it to your own marketing.