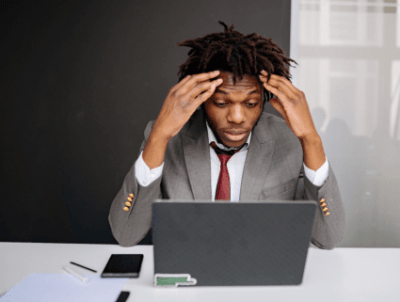 A/B testing, also known as split testing, is a method of testing that compares two versions of a variable (for example a web banner or whole web page), showing each version to equal numbers of users at random to determine which performs better against a business goal.

A/B testing can be useful when you want to test two specific variables against each other. However, traditional A/B testing will only take you so far. Keep reading to learn more about two key limitations of A/B testing and discover an alternative approach.

Running an A/B test can take  longer than other methods of testing and can be a drain on resources and time - two things marketing teams often lack. The time it takes for a traditional A/B test to run to significance (particularly for low-traffic sites), to review the results and to deploy the winner can result in lost revenue. This time delay may even mean that a significant winner cannot be found before the campaign has finished. This is even more of a problem if the changes you’re testing are quite minor.

Traditional A/B tests also often require manual interpretation and deployment of the ‘winner’, which in turn demands a level of expertise and experience that might not be available in your team.

Another limitation of A/B testing is that it requires the tester to extend the results indefinitely into the future. Traditional A/B tests assume an unchanging world view and don't take into account changes in trends and consumer behavior and the impact of seasonal events, for example.

In reality, the winner may change over time depending on influencing factors such as the ones mentioned above.

Speed of getting to the winner is key for maximum ROI. And continuing to check to ensure the winner is still performing better than other options ensures that performance doesn’t drop off over time.

Book a demo to see our automatic optimization tool in action and learn more about the other features in our Advanced Testing & Optimization module.

As Head of Product Management at Fresh Relevance, Lucy works closely with our customers and the wider team to shape the product roadmap and oversees the roll-out of all new features.